Rolling Back the Nuclear Weapons Tide – What You Can Do 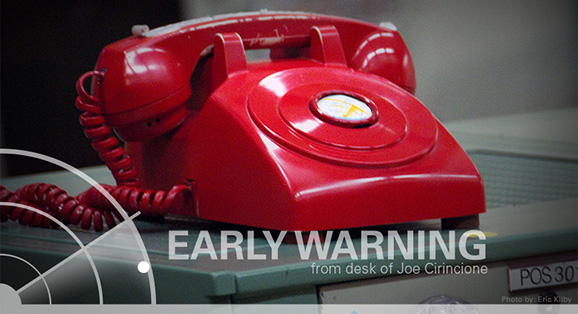 One trillion dollars. That is what the United States is planning to spend over the next 30 years as it refurbishes and maintains its aging Cold War nuclear arsenal. Your share as an average taxpayer: $6,789. These weapons do nothing to protect the United States in a post-9/11 world. But they still present catastrophic risk due to accident, miscalculation or (shudder) deliberate use. What can you do to help roll back the nuclear weapons tide?

The more you know about the issue the more power you have to change the status quo. A good start is learning about the history of nuclear weapons, their catastrophic risks, cost to taxpayers, the entrenched Cold War thinking still supporting them and why countries think they need these weapons for security (they don’t). There is no shortage of information available about this crucial public issue. Here’s what we recommend:

Daily News Delivered to your Inbox

You and your friends can get involved in advocacy. This is crucial. Nuclear weapons, their risks and exorbitant costs are not a part of the mainstream public policy debate. If these dangerous weapons (and their toxic legacy) are going to be eliminated individuals will have to work together to change national security policy. There are many types of organizations with many different approaches, enough to suit any taste.

From reaching out to Congress directly to joining an advocacy group, here are our recommendations for taking action:

The world has gone from 65,000 nuclear weapons at the height of the Cold War to a current count of 17,000 through the hard work of many people. Working to reduce and eliminate the world’s nuclear arsenals doesn’t come easy. It requires support from people like you!

You can help Ploughshares Fund’s efforts by making a contribution that will fund the smartest people with the best ideas aimed at eliminating the world’s nuclear arsenals, preventing new nuclear states and reducing tensions in unstable regions with nuclear weapons. Please take a moment to make a contribution.

Your support is essential for us to roll back the tide and achieve our vision of a world where nuclear weapons can never be used again.

The Treaty on the Prohibition of Nuclear Weapons

This Is What Will Happen If We Don't Block North Korea