Ploughshares Fund and our grantees are determined to stop Iran from getting a nuclear bomb. Over the past four years, we have convened a coalition of scores of individuals and dozens of organizations committed to this goal.

Our partners include nuclear experts, national security analysts, grassroots activists and media professionals. They have diverse skills and a broad range of opinions about Iran. But they are united on one thing: preventing a nuclear-armed Iran.

A negotiated agreement with Iran that verifiably rolls back and limits its nuclear program to civilian uses would both solve an immediate threat and create the security conditions necessary for the major nuclear-weapons states to consider cuts in their arsenals.

Ploughshares Fund grantees have taken the lead in strengthening negotiations that we believe will succeed in preventing a nuclear-armed Iran and averting a new war in the Middle East.
In 2013, an initial agreement that froze Iran's program was reached between Iran and world powers—the United States, Russia, China, Great Britain, France and Germany (known together as the P5+1). In April 2015, negotiators reached a framework agreement - a practical outline for a comprehensive agreement that will protect U.S. security by cutting off Iran’s paths to a nuclear weapon.
How did we get here? And how will we secure a final agreement?

Stepping Back from the Brink of War

Just a few years ago we faced a much different future.
US intelligence had confirmed that Iran’s nuclear weapons program ended in 2003. But Iran’s civilian nuclear program continued to grow, posing a potential threat. By the summer of 2010, many believed that military action against Iran was inevitable.
Experts warned that war would be disastrous. Ploughshares Fund supported objective studies from think tanks across the political spectrum—the RAND Corporation, the Atlantic Council and the Center for a New American Security—which explored varying approaches for dealing with Iran’s nuclear program. Diplomacy won time and again.

Here’s why they advocated against military action:

Yet many of the hardliners that had pushed for the invasion of Iraq in 2003 called for a similar effort in Iran.
In the face of that opposition, Ploughshares Fund supported a coalition of unusual allies, including former Israeli security officials and a sizable number of members of Congress on both sides of the aisle. Together they sent a letter to President Obama to advocate for a diplomatic solution to the crisis. 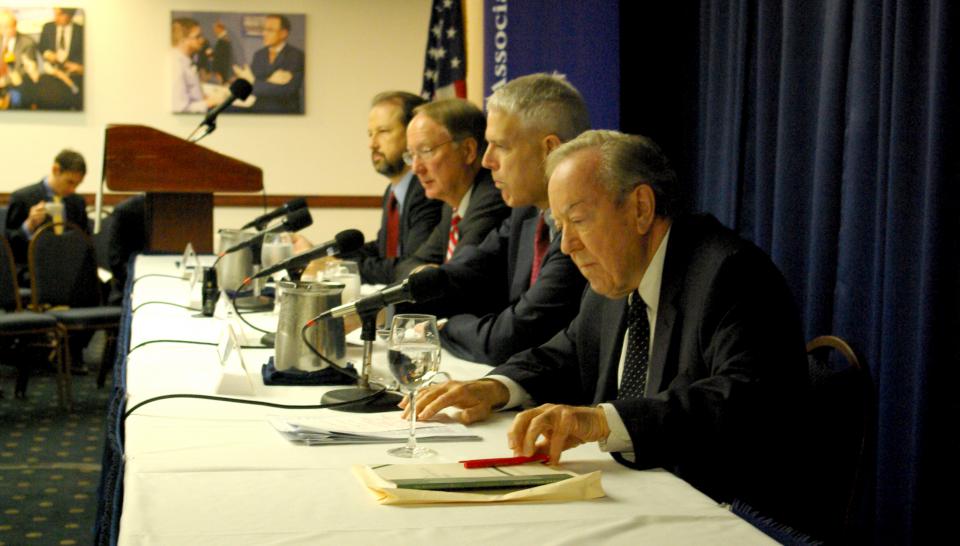 As our case for diplomacy was taking hold, negotiations between Iran and the international community moved forward rapidly, resulting in a landmark agreement to freeze and roll back Iran’s program and begin a process for a comprehensive solution.

But despite the obvious success of the deal, those opposed to talks immediately pushed back with a movement in Congress to pass new sanctions that would kill the talks and put the U.S. back on the path to war.
So the Ploughshares Fund coalition of grantees and partners—including the Arms Control Association, J Street, the National Iranian American Council, Friends Committee on National Legislation, and Win Without War—intensified efforts to demonstrate public support for diplomacy.
It paid off. The sanctions bill stalled. A clear line had been drawn in the sand. Our campaign helped build political support for diplomacy and kept space open for the negotiations to continue.

Toward a Final Deal

Today, negotiators are very close to a comprehensive agreement that will lock in the gains achieved with Iran.
But nothing is assured. Opponents of the talks are working overtime to kill any deal before we even see it. Hardliners are determined to blow up the talks. If they succeed, we will be faced with an unconstrained Iranian nuclear program or a new war in the Middle East or both.
Ploughshares Fund grantees and partners are working tirelessly to prevent this.
We are pushing back against the war hawks. We are in the media, building the case for diplomacy. We are creating political space for a solid deal that protects our security and prevents an Iranian nuclear bomb.
And with your support, we will succeed.