Broken budgets? Make a withdrawal from the Nuclear ATM

The U.S. could save $70 billion over ten years through common-sense cuts

“To address high priority and emerging threats the United States does not have to break the congressional budget deal and increase defense spending,” writes Tom Collina in a new Arms Control Association report published today. “Instead, Washington can safely reduce spending on nuclear weapons and redirect funds to where they are needed most.”

The report, entitled “The Unaffordable Arsenal: Reducing the Costs of the Bloated U.S. Nuclear Stockpile,” examines the role of the nuclear weapons arsenal in the Pentagon’s current budget crisis. In it, Collina argues that the military’s budget crunch is not so much the result of low funding, but a misallocation of what funding already exists. Rather than spending $355 billion on nuclear weapons over the next 10 years (and up to $1 trillion over the next 30), military planners should use a portion of that money to fund the conventional forces supposedly starved for cash. The gratuitous size of America’s nuclear weapons stockpile makes this not only a smart financial decision, but a safe strategic decision as well.

According analysis by Collina --who joined the Ploughshares Fund last month after five years as the Research Director of the ACA-- the U.S. should be able to save $70 billion over ten years through common-sense cuts across the triad, and still deploy the 1,500 warhead maximum allowed by the New START treaty. This recommendation follows three main principles: not replacing weapons systems prematurely, not replacing weapons simply because they have been in the arsenal before, and reevaluating whether the U.S. needs to maintain cold-war level nuclear capabilities. 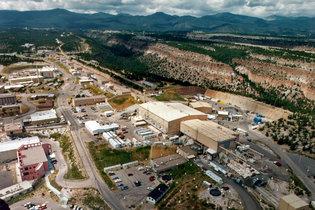 The Pentagon could save approximately $39 billion by applying these principles to its bomber force alone. First, it could easily delay the development of the long range strike bomber (LRS-B) for a $32 billion savings. With the B-2 expected to remain in service into the 2050’s there is simply no need to begin producing a replacement to enter service in 2022. Second, building a new cruise missile to go on the new radar penetrating bomber makes one of those two programs redundant. Although the Air Force now has a nuclear cruise missile in the arsenal, cutting a replacement could save an additional $3 billion. Finally, with the likelihood of nuclear war as remote as ever and the arsenal still large enough to destroy the world dozens of times over, the military can comfortably curtail the B-61 gravity bomb refurbishment program. This would save an additional $4 billion.

The U.S. could find more than $30 billion in additional savings by scaling back the Ohio-class submarine replacement to eight boats ($16 billion savings over 10 years), and refurbishing, rather than replacing, existing land-based ballistic missiles ($16 billion in savings).

As the war in Ukraine, the rise of the Islamic State group and the ebola crisis all demonstrate, nuclear weapons do little to mitigate the highest priority threats of the 21st century. Collina’s analysis shows once again that in an era of budget contraction, the nuclear arsenal is a strategically safe and fiscally conscious source of funding for more pressing national security needs.