Watch the full video recording of the event, above.

At the November 18, 2020 Ploughshares Fund nuclear policy forum we learned about the national security outlook for the Biden administration and how hundreds of billions of dollars in excessive nuclear weapons spending could be better spent on higher national priorities such as responses to coronavirus, racial injustice and climate change.

Sen. Warren joined Sen. Ed Markey, Rep. Pramila Jayapal and House Armed Services Committee chair Rep. Adam Smith to explore what a Biden administration will do on nuclear weapons policy and how a Democratic House and contested Senate will respond.

While previous events were limited by space and travel constraints, this year's meeting was free and open to the public via Zoom.

You can watch the complete video, above, or watch the stand alone videos:

► Sen. Warren (D-MA) has served in the US Senate since 2013 and has long proposed three core nuclear policy principles: no new nuclear weapons; more international arms control, not less; and No First Use.

► Sen. Ed Markey (D-MA) has also served in the US Senate since 2013 and is a leading voice on reducing the risk of nuclear war.

► Rep. Adam Smith (D-WA9) has served in the US House of Representatives since 1997 and is the chair of the House Armed Services Committee, which oversees the annual defense bill; and

► Rep. Pramila Jayapal (D-WA7) has served in the US House of Representatives since 2017 and is the co-chair of the Congressional Progressive Caucus.

Senator Elizabeth Warren (D-MA) has served in the US Senate since 2013. She has long proposed three core nuclear policy principles: no new nuclear weapons; more international arms control, not less; and No First Use. She is a fearless consumer advocate who has made her life's work the fight for middle class families, and is one of the nation’s leading progressive voices, fighting for big structural change that would transform our economy and rebuild the middle class.

Senator Edward J. Markey (D-MA) has served in the US Senate since 2013 and is a leading voice on reducing the risk of nuclear war. He is a consumer champion and national leader on energy, environmental protection and telecommunications policy. He has a prolific legislative record on major issues across the policy spectrum and a deep commitment to improving the lives of the people of Massachusetts and our country.

Rep. Pramila Jayapal (D-WA7) has served in the US House of Representatives since 2017 and is the co-chair of the Congressional Progressive Caucus. She is the first South Asian American woman elected to the US House of Representatives and one of only 14 naturalized citizens currently serving in the United States Congress. Congresswoman Jayapal is a member of the House Judiciary Committee, where she serves as Vice Chair of the Immigration Subcommittee, and on the House Education & Labor and Budget Committees.

Rep. Adam Smith (D-WA9) has served in the US House of Representatives since 1997 and is the chair of the House Armed Services Committee, which oversees the annual defense bill. On the House Armed Services Committee, he is a strong advocate for our military personnel and their families. Adam is also committed to providing our military personnel with the best equipment available to carry out their current and future missions while ensuring that the Pentagon spends taxpayer dollars in the most efficient and effective manner. This includes carefully examining our current policies and working to eliminate fraud, waste and abuse. 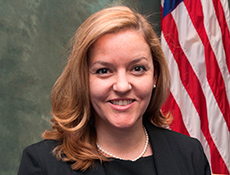 Alexandra Bell is the Senior Policy Director at the Center for Arms Control and Non-Proliferation. Her areas of focus include bilateral and multilateral arms control and non-proliferation, Euro-Atlantic security, and Congressional affairs. Previously, Bell served as a Senior Advisor in the Office of the Under Secretary of State for Arms Control and International Security. Before joining the Department of State in 2010, she worked on nuclear policy issues at the Ploughshares Fund and the Center for American Progress. Bell received a Master’s degree in International Affairs from the New School and a Bachelor’s degree in Peace, War and Defense from the University of North Carolina at Chapel Hill. From 2001-2003, she was a Peace Corps Volunteer in Saint Elizabeth, Jamaica.

Dr. Nahid Bhadelia is an infectious diseases physician and the medical director of Special Pathogens Unit at Boston Medical Center a medical unit designed to care for patients with highly communicable diseases. She is an Associate Professor in the Section of Infectious Diseases at Boston University School of Medicine. She oversees the medical response program for Boston University’s maximum containment biosafety level 4 program at National Emerging Infectious Diseases Laboratories. 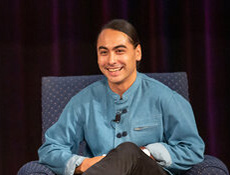 Julian Brave NoiseCat is Vice President of Policy & Strategy with Data for Progress, a think tank, the Narrative Change Director of The Natural History Museum, an artist and activist collective, and a fellow at the Type Media Center, NDN Collective and the Center for Humans and Nature. His work can be found in print or online in The New York Times, The New Yorker, The Atlantic and other publications. He is a correspondent for Real America with Jorge Ramos, contributing editor at Canadian Geographic and have appeared as a commentator on programs such as MSNBC, NPR, BBC, Marketplace and many others. Raised in a single-mother household in Oakland, California, he is a proud member of the Canim Lake Band Tsq'escen and a descendant of the Lil'Wat Nation of Mount Currie.

Maurice Mitchell is a nationally-recognized social movement strategist, a visionary leader in the Movement for Black Lives, and a community organizer for racial, social, and economic justice.Born and raised in New York to Caribbean working-class parents, Maurice began organizing as a teenager—and never stopped. As a high school student, Maurice served as a student leader for the Long Island Student Coalition for Peace and Justice. At Howard University, after a classmate was killed by police officers, Maurice led organizing efforts against police brutality and for divestment from private prisons.Maurice went on to work as an organizer for the Long Island Progressive Coalition, downstate organizing director for Citizen Action of NY, and Director of the NY State Civic Engagement Table.

Two tragedies changed the course of Maurice’s life. In 2012, Hurricane Sandy destroyed Maurice’s house in Long Beach, NY and left him living in hotels for months. Eighteen months later, after Mike Brown was killed by police in Missouri, Maurice relocated to Ferguson to support organizations on the ground. Seeing the need for an anchor organization to provide strategic support and guidance to Movement for Black Lives activists across the country, Maurice co-founded and managed Blackbird. Maurice was a key organizer of the Movement for Black Lives convention in Cleveland in 2015. In 2018, Maurice took the helm of the Working Families Party as National Director where he is applying his passion and experience to make WFP the political home for a multi-racial working class movement. 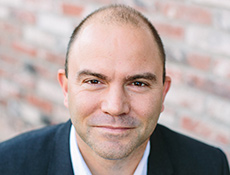 Ben Rhodes is the author of the New York Times bestseller The World As It Is; a contributor for NBC News, MSNBC, and Crooked Media; the co-chair of National Security Action; and an advisor to former President Barack Obama. From 2009-2017, Ben served as a Deputy National Security Advisor to President Obama. In that capacity, he participated in nearly all of President Obama’s key decisions, and oversaw the President’s national security communications, speechwriting, public diplomacy and global engagement programming. He also led the secret negotiations with the Cuban government that resulted in the effort to normalize relations between the United States and Cuba, and supported the negotiations to conclude the Joint Comprehensive Plan of Action (JCPOA) with Iran. Prior to joining the Administration, Ben was a senior speechwriter and foreign policy advisor to the Obama campaign. From 2002-2007, he worked for former Congressman Lee Hamilton, supporting his work on the 9/11 Commission and Iraq Study Group. A native New Yorker, Ben has a B.A. from Rice University and an M.F.A from New York University. 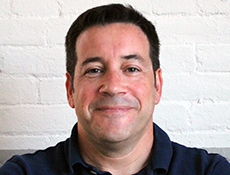 Jon Wolfsthal is director of the Nuclear Crisis Group, an independent nonpartisan group of globally-recognized former military officials, diplomats, and security experts dedicated to preventing crises from escalating to the use of nuclear weapons. From 2014 to 2017, he served as special assistant to former US President Barack Obama and as senior director for arms control and nonproliferation at the National Security Council. In that post, he was the most senior White House official, setting and implementing US government policy on all aspects of arms control, nonproliferation, and nuclear policy. Prior to that, he served as the deputy director of the James Martin Center for Nonproliferation Studies at the Monterey Institute for International Studies. From 2009 to 2012, Wolfsthal served as the special adviser to US Vice President Joe Biden for nuclear security and nonproliferation and as director for nonproliferation on the National Security Council. He supported the Obama administration’s negotiation and ratification of the New START arms reduction agreement with the Russian Federation and helped support the development of nuclear policy, including the 2010 Nuclear Posture Review.