Ploughshares Fund is proud to announce that Sunny Dooley, a renowned Navajo elder and storyteller, is the inaugural recipient of the Estrin Award, a grant named in honor of the late Ploughshares Fund Chair Emeritus. 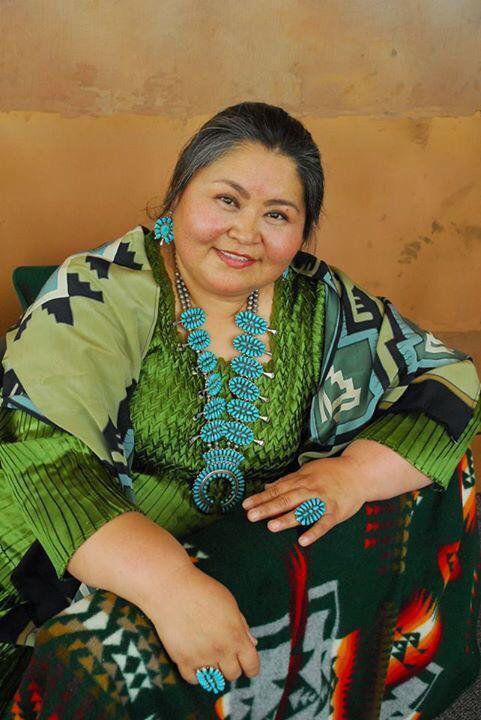 Through her knowledge and expertise as a storyteller, Dooley will offer creative seminars for women across Navajo Nation to engage and learn about the roots and trauma associated with the impact and legacy of nuclear weapons.  The project, “Restorative Navajo Traditional Practice to Address Nuclear History,” will combine teaching traditional customs, storytelling centered on nuclear history and craft-making as a way to process the knowledge they exchange. The workshops will culminate in a capstone event to showcase the creative work from all women involved.

Dooley lives in New Mexico, where the atomic bomb was designed built and tested and where, to this day, more than 500 abandoned uranium mines remain spread across the Navajo Nation uncleaned and unaccounted for.

“The echoes of that amount of destruction is still being heard to this very day – 75 years later in all the places where uranium mining is taking place,” said Dooley during a Press the Button podcast entitled, “Echoes of the Bomb,” discussing the 75th anniversary of the Hiroshima and Nagasaki bombings. “The Legacy of destruction of earth and water and air and subsequently all the people, birds, animals, reptiles, insects, shrubbery that exists grows and lives in those places still carry that legacy.”

During a global pandemic when water is essential for sustenance and hygiene, the lack of access to clean water due to radiation contamination in local waterways is evermore present, costly, and lethal. The purpose uranium served was never explicitly defined, leaving many questions unanswered for the Navajo community.

“Mary Estrin herself would be very proud of this inaugural grant,” said Ploughshares Fund Managing Director and Chief Development Officer Elizabeth Warner of the award in the amount of $13,000. “This project is particularly important in building bridges between the young, emerging activists and Navajo elders and decisionmakers. It aims to galvanize interest and participation at the local level, so that the Navajo community can reflect on nuclear issues and offer new models of information sharing and education about nuclear weapons, as well as developing culturally sensitive ways to bridge the hurt with the healing.”

Dooley has worked as a storyteller, folklorist, and cultural consultant – collecting, learning, and retelling the oral tradition of the Diné Hozhojii Hané (Navajo Blessingway stories). She has retold these stories by oral tradition in Navajo and in English for a variety of organizations, universities, elementary schools and conferences throughout the US, Canada, Africa, Europe and Mexico. She is also a Producer and Community Advisor on the Ways of Knowing film by Bombshelltoe, which is led by Lovely Umayam, a Ploughshares Fund grantee.

Mary Lloyd Estrin, who passed away in April of 2020 following a long illness, began serving on the Ploughshares Fund Board of Directors in 1999, and was board Chair from 2013 to 2018. The Estrin Family and friends recently established the Estrin Award Fund to provide seed grants to emergent, risk-taking, movement-building efforts that have the potential to transform the work of Ploughshares Fund. The Estrin Award Fund will support grassroots activists and new voices that highlight the intersectionality of the nuclear issue with other issues such as human rights, social justice, the environment, and women’s rights.

Ploughshares Fund awards grants to reduce the number of nuclear weapons, prevent the emergence of new nuclear states and build regional security where nuclear weapons exist. A complete list of grants is available to the public at: https://ploughshares.org/what-we-fund/our-grantees.