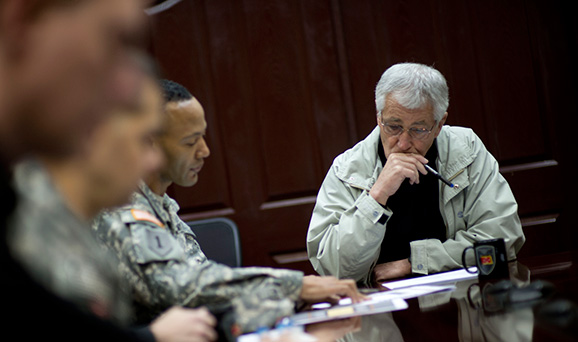 Secretary of Defense Chuck Hagel has ordered two reviews of America's nuclear force in the wake of mounting reports of drug use, drinking, womanizing, cheating and lapsed discipline among top officers. But if the studies focus only on personnel, it will be little more than rearranging the deck chairs on a nuclear Titanic. The core problem is not the people; it's the mission.

These were not trivial incidents. On several occasions, we almost lost a state. In 1961, a B-52 bomber flying over North Carolina disintegrated in flight. Two bombs dropped from the bomb bay. One of these hydrogen bombs fell all the way to the ground. All of the weapon's safety mechanisms failed, except one. It was a single low-voltage switch that prevented a hydrogen bomb from destroying a good portion of North Carolina.

Tough Lessons: Advice for the Next President

The Future of the Command and Control of Our Nuclear Weapons