According to the most reliable estimates the U.S. still has over 8,000 nuclear weapons.

Of that number, a little over 2,000 of those weapons are considered operational. All of these operational weapons are deployed somewhere. One of those places is North Dakota. North Dakota is home to roughly 290 nuclear warheads plus the delivery systems that come with them (i.e. missiles, bombs and jets).

What exactly do 290 nuclear weapons look like and what type of damage could just one state’s worth of these weapons do? Furthermore, how many nuclear weapons are too many? 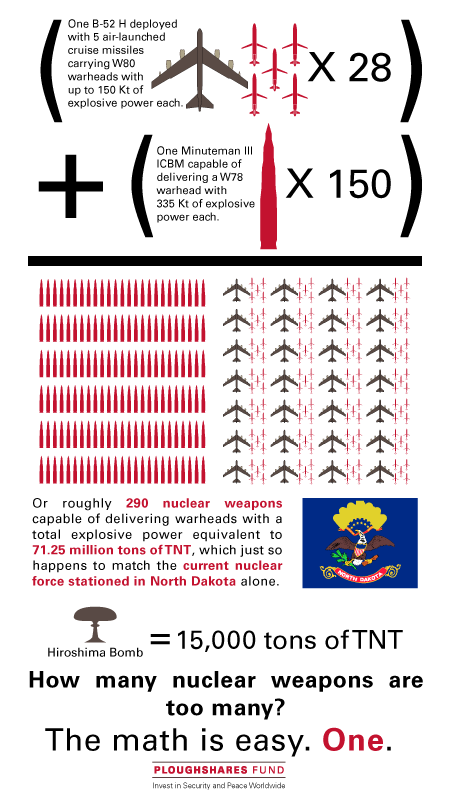 Arms Control in the Age of Trump: Lessons from the Nuclear Freeze Movement