the data behind the conclusions

It begins, "Last month, President Donald Trump signed a congressional authorization to spend over $738 billion on the Pentagon. This is more than was spent on the military during the Korean War, the Vietnam War, or the height of the Reagan buildup. Only 41 Democrats in the House of Representatives voted against this spending bill—fewer than one in five. Why? It’s simple. Democrats are afraid of appearing weak on defense. So afraid that they would rather sacrifice their priorities on the altar of US militarism than risk angering an insatiable god."

The charts, below, depict the results of the poll, which tested voter reactions to the idea of job conversation—specifically, conversion from making armaments to making things that actually improve people’s lives in America.

The polling suggests that that majority of voters are ready to rethink excessive defense spending and support transferring funding from the Pentagon to domestic needs.

Read the article, then see the data below:

America should stop policing the world - 57% 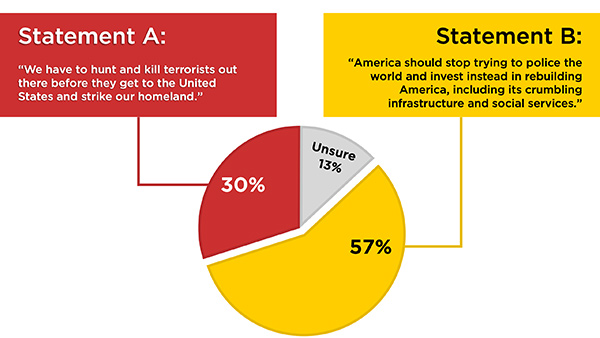 We should invest in things that actually improve people's lives - 77% 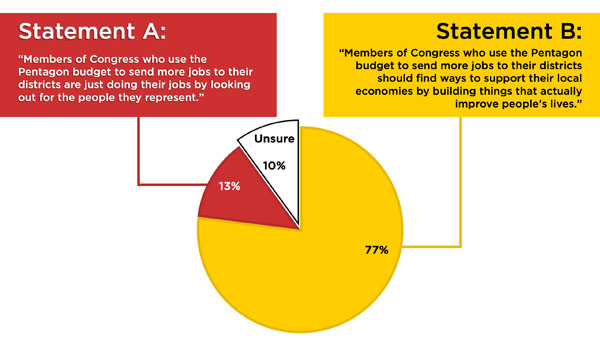 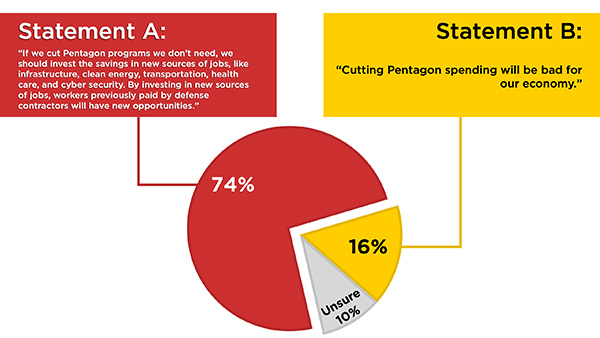 We should invest more in things like healthcare, education, infrastructure, and clean energy - 59% 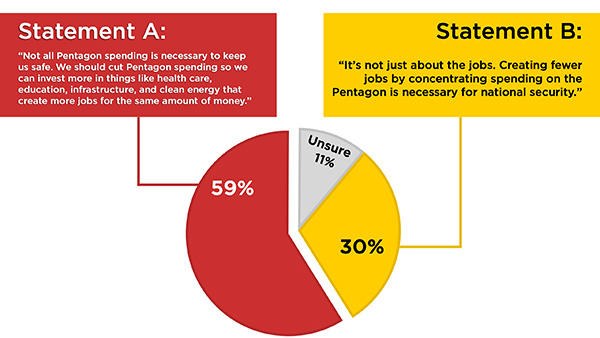 Congress should not reward the Pentagon with massive spending increases - 68% 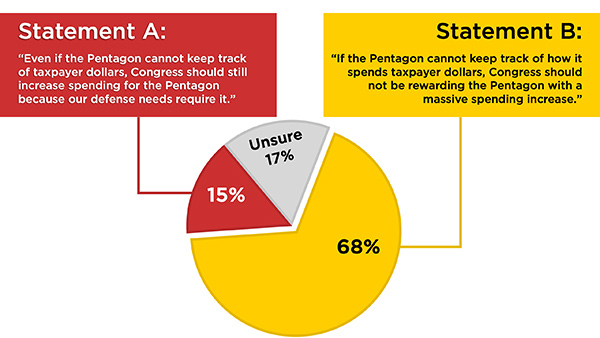 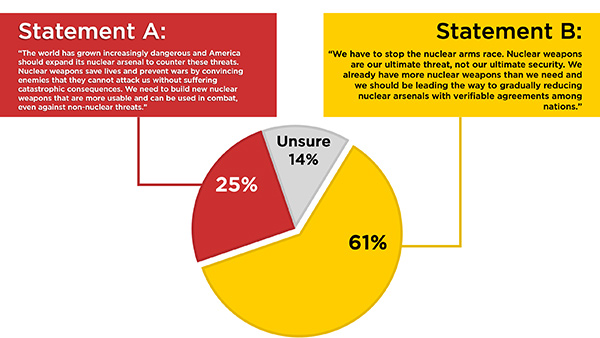 Experimenting with 'the bomb'

What the Muslim Ban, Atlanta Shootings, and Gen Z’ers Can Teach Us