Policy Associate and Special Assistant to the President
Washington, DC 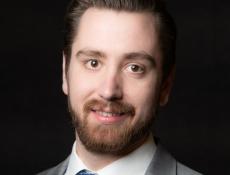 Zack Brown is the Policy Associate and Special Assistant to the President at Ploughshares Fund.

Previously, Zack worked as a research assistant at Ploughshares Fund while he finished his master’s degree at Georgetown University’s School of Foreign Service, where he specialized in nuclear weapons policy. In particular, Zack studied nuclear force planning and strategy, nuclear weapons design and production, arms control and nonproliferation, and the evolution of deterrence theory from 1945 to the present. His capstone oral exam at Georgetown focused on the strategic implications of the new low-yield nuclear weapons being developed by the United States.

Zack received his BA in Government and Economics from the College of William & Mary. His writings appear in Defense One, The National Interest, and War Is Boring.